Advice from a twenty-something who has no experience with kids. Cheers.

Let’s just talk about the elephant in the room for a bit. No please, I insist.

If you’re a young adult in middle class India, chances are you know you are suspended in this world that’s neither here nor there. In short you’re in this zone where you are privy to all this Western stuff over the Internet, through the TV and through books but you live in a country where certain things that you’ve accepted and see as normal, aren’t really conceived to be that way by others. Mainly grown ups, yeah.

The Birds and Bees

So Indian parents have this thing. I know I’ve mentioned it before but they are grossly uncomfortable with having that talk. Yes, I mean the birds and bees talk. They seem to think that if they don’t talk about it for some reason, it will just go away. Haha. Well that’s a nice state of denial to live in. But it doesn’t happen. Kids are smart and information is at their fingertips. Here’s an option. Choose one of the following: I’ll leave my child in the hands of the internet and expect him/her to surf through the multitude of sexual information they find their and somehow know everything there is to know and then conclude that they don’t want to have any sort of relationship until they’re twenty seven and I tell them who they should marry (and it will probably be some random stranger or a far-off acquaintance they haven’t exchanged five words with but they should then spend the rest of their lives together and do intimate things. Whatever, it’s all cool. At least their heart never got broken.) Or you find an appropriate time to get over your own discomfort and sit them down and take them through the paces of love and life and relationships and sex and let them know they can approach you with related problems so you can provide them with necessary guidance, but at the same time you tell them to exercise prudence.

Let’s face it, if you go with option one, your child is going to go out there and do his or her own thing after a while and you won’t have a clue. After all, you cannot monitor a twenty-something 24*7. But if you choose option two, chances are they’ll trust you enough and see you as a friend they can approach before they do anything stupid. Don’t kid yourself. Your child is going to experiment. He is ultimately going to dance to his own beat and if you put a full stop sign in front of him, he is going to turn and find a way around it. But if you channel his path and give him gentle nudges, he’ll come around to your point of view more easily. You know how tempting the forbidden fruit is. Everyone wants a bite.

So. Even though I have absolutely no authority to do this, I’d like to lay down some ground rules for how to go about this whole process. Many Indians want to shut their eyes and ears to what they see as the ‘Western influence.’ Yes, Western divorce rates are at an all time high. Yes,  Indians generally respect and care for their parents more than Western children do, even though these relationships may sometimes border on the psychotic. Yes, rebellion is less of an issue here. But let me tell you something, all these things will turn right around if you turn your back to it. If a song is playing on the radio and your close your ears and mumble to yourself, you won’t hear the words but your child in the backseat still would. So embrace the fact that you can find a point in the middle. Taking in positive Western influences that make our society more open as a whole and empower individuals IS possible hand-in-hand with keeping with the values and ethics that Indians take so much pride in. So here goes. Grab a cuppa.

1) When  your kid starts to ask the questions you dread, don’t try to deny them the answers. Start with a very simplified, kid version of the truth and stick to it until more questions start to come around. Go one step at a time and it’s okay if you don’t prod too much. Keep a straight face and be gentle with reality! But please don’t go with a stork-equivalent tale. That will just make them sense your reluctance and find alternative methods to seek the truth.

2) You know what, the media these days is full of stuff you wouldn’t want your children to see. We Indians are bashful about kissing or any sort of gentle intimacy in public. Even grown-ups prefer making crass jokes as they skirt around about the truth instead of going with a simple, ‘Aww, that’s adorable’ once in a while. So when you watch that movie which seemed so family-friendly at first and a kissing scene inevitably crops up, don’t change the channel. I know you want to, but just hear me out.

If you do that again and again, your kid will get curious. And then he’s gonna find out somehow. Children talk to one another, they are quick with television and you cannot sit on the couch behind them every time they say they are watching that innocent cartoons. Even animated stuff can be very enlightening nowadays. Case in point: Despicable Me 2.

3) Okay take a deep breath and we jump into the uncomfortable stuff. When your child hits puberty, things are going to get really ugly. By now, if you’ve kept an open relationship with your children, their questions could sometimes make you squirm. But hey, if they’re still asking you questions, consider yourself lucky. This is your chance to keep a tab on them in a way that they won’t suspect. This could be your only opportunity to cross the border and be their confidante. Bask in it. Tell them what you would support and what you would most definitely disapprove. Be strict but gentle!

4) Then will also come the time when you need to have a love talk. It’s just a word I coined. What I mean is: love governs our lives and yet there are no guidelines for them at all. A friend once told me about the wonderful way in which their parents approached the subject of love, bringing it together with the subject of physical intimacy in a way that made the whole thing sound divine. The parents told this friend that the physical things will only matter when coupled with love. And so you should wait until you can responsibly undertake both before you make a move either way. I think it’s a nice way to tell your child that though the remote control of their life is now shifting into their own hands, it’s still going to make sense to not be heady and hasty.

4) When they get to college, you’re going to be out of the influential zone. From there on, they are mostly going to have that voice you helped nurture in their head instead of your actual, physical voice from when you were standing behind their head. Breath deep and trust that they know the importance of things like abstinence and responsibility. You still need to keep tabs sometimes; independence can get to people’s heads but if you raised your child fine and did not approach love and sex as taboo, you will probably have less to worry about. They’ll get back to you with the truth. They’ll be balanced and wouldn’t want to be rebellious. 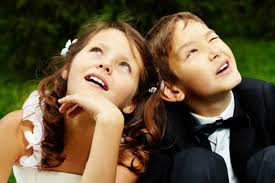 Hey, who said parenting is easy?

This post lay half written in my drafts. I think I preach about this topic quite a bit here and there and it sounded too out- there and forward in its approach. But this Weekly Challenge was just begging for me to finish and hit the Publish button. So fingers crossed!

A blog published by the Anthropology and Environment Society

We provide a space for climate policy experts to share views on selected Climate Policy Journal articles and other key debates in international climate change politics.

Peace of my Mind